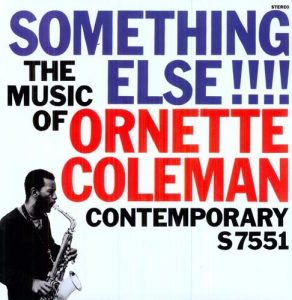 In the June 11, 2020 edition of his blog, Take the “A” Train, Ehsan Khoshbakht republishes a review of Ornette Coleman’s LP, Something Else!!!: The Music of Ornette Coleman (Contemporary  3551), written by Art Farmer. This review was originally published in The Jazz Review, Vol. 2, No. 6 (July 1959) and reveals the onset of a divergence in approaches to jazz performance as it would evolve in the 1960s.

This was Coleman’s first album and was recorded on February 10, 22 and March 24, 1958 in Los Angeles with a supporting cast of Don Cherry (pocket trumpet), Walter Norris (piano), Don Payne (bass) and Billy Higgins (drums). All of the nine issued tracks were Coleman’s original pieces: “Invisible,” “The Blessing,” “Jayne,” “Chippie,” “The Disguise,” “Angel Voice,” “Alpha,” “When Will the Blues Leave?” and “The Sphinx.”

In general, Farmer does not care much for the album and criticizes Coleman’s sound and intonation. He likes the saxophonist’s compositions but wonders why their form and structure is not adhered to in the improvisations saying, “…to get back to what he does after he states the line — for a man to disregard his own tunes. It’s a lack of respect. Maybe he’ll eventually get to have more respect for his tunes.” And, “I can’t help going back to why he doesn’t stay with the chords of his original lines. They seem to be good chords, and I see no reason to just throw them away. I’d like to hear him play a solo constituted around the chords of the tune and then I’d like to hear him play another melody on those same chords. When he goes into his chorus, in short, he should continue to construct melodies based on those original chords.”

On the surface of it, Farmer is the traditionalist and Coleman the innovator. But the reality is not quite so clear-cut. During the 1950s, Farmer was part of a number of highly regarded, groundbreaking recording sessions led by the Sandole Brothers, Charles Mingus, Teo Macero, George Russell, Gunther Schuller and particularly, Teddy Charles.

Charles was a forward-looking vibraphonist who had developed a compositional approach to jazz performance that attempted to transcend the standard theme statement/solos/theme restatement format. Eschewing standards in favor of unfamiliar, original material, Charles’s goal was to fully integrate the written and improvised sections of a jazz performance so as to provide new contexts and challenges for the artist. In collaboration with his mentor, composer/pianist Hall Overton, he had developed a concept that was perhaps counterintuitive but cogently summarized in Ira Gitler’s liner notes to the album, Collaboration West: “It is not a radical departure from what has become conventional jazz playing but is rather an evolution to a jazz style more controlled with regard to form, unity of materials and development while generating through this medium a greater freedom for solo and group improvisation. The restricting of materials to circumscribed limits permits a freedom impossible where all players pull in completely independent directions. Teddy believes by using materials unfamiliar to conventional jazz playing, using conventional materials in unfamiliar ways and using compositional techniques in treating these materials, a cohesive jazz environment is produced which at once liberate the soloist.” 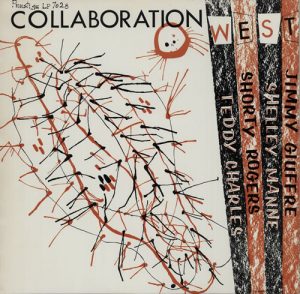 The apex of Charles’ efforts was the tentet that recorded for Atlantic Records in 1956, and Farmer was a key member of that ensemble. Arrangements were contributed by George Russell, Gil Evans, Mal Waldron, Jimmy Giuffre, Bob Brookmeyer and Charles himself, and it’s hard to imagine that Farmer was not influenced by the experience of performing with such an innovative band. Unfortunately, the tentet was not a commercial success and by 1957 was history. 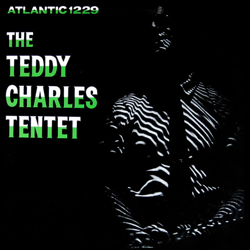 At the time he wrote the Coleman review, Farmer was part of Gerry Mulligan’s “new” quartet, exploring interactive expression with the baritone saxophonist in a setting lacking a chord instrument. It should be noted that Coleman would achieve fame with a similar quartet that recorded several albums for Atlantic Records during 1959-1962. 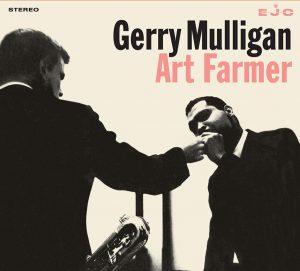 During the 1960s, Farmer had important partnerships with Benny Golson (The Jazztet) and Jim Hall, switched from trumpet to flugelhorn and relocated to Vienna, Austria. Throughout his career, his music was melodic and accessible, but never stale. He felt that the participants should listen to and interact with each other. On the other hand, Coleman along with John Coltrane, Eric Dolphy, Albert Ayler and others took the music in a much different direction emphasizing freedom. To some ears, it was unlistenable.

Perhaps the take home message here is that jazz is a diverse music that encompasses many different concepts and approaches. Art Farmer’s review demonstrates the debate over the music’s future that was starting to occur in 1959. Sixty years later, both Farmer and Coleman are gone but their substantial legacies live on, as does the discussion as to how much freedom is optimal.

Note: Art Farmer reviewed several albums for The Jazz Review as documented in a previous post.

It’s interesting to observe that, in the same issue of The Jazz Review, on the page (19) following Farmer’s review of the Ornette Coleman LP, there is a review of the trumpeter’s Modern Art (United Artists UAL-4007) album by Joe Goldberg. Goldberg begins by raising the issue of originality and suggests that Farmer is under the influence of Miles Davis but “exhibits a melodic gift that is superior to Miles’s.” He further states, “At the moment, Farmer is the best of the young trumpet players, and one can predict that he will get consistently better.” He concludes the review with, “This record should be heard for several reasons, not the least of which is that the first time around, Golson will startle you, but after five or six hearings, Farmer will command your entire attention. That is, after all, the supreme test.” 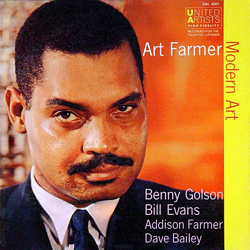