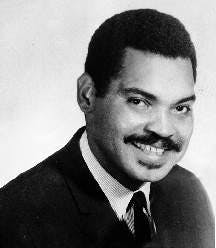 String bassist Addison Farmer (1928-1963) was Art Farmer’s twin brother and present on many very important albums of the 1950s and early 1960s. By the time of his untimely death from a brain aneurysm at the age of only 34, Addison, like Art, had firmly established himself on the New York City jazz scene. Over his relatively brief career, the bassist recorded with Charlie Parker, Howard McGhee, Gerald Wilson, Gene Ammons, Stan Getz, Teddy Charles, Mal Waldron, Mose Allison, the original Jazztet and many sessions under his brother’s leadership.

To honor Addison’s memory and expand the scope of this website, we offer you The Addison Farmer Discography and encourage you, as always, to contact us with any comments, additions or corrections.