In November 2018, a new book entitled “Art Kane: Harlem 1958” was published in conjunction with the 60th anniversary of Kane’s historic photo of 57 jazz musicians,”A Great Day in Harlem,” taken on August 12, 1958, at 17 East 126th Street in Harlem, New York City, and which appeared in the January 1959 issue of Esquire Magazine. 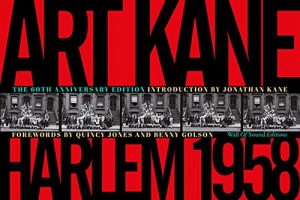 Art Farmer was one of the musicians who posed for this iconic photograph. He is seen in the very top row, flanked by saxophonist Benny Golson and bassist Wilbur Ware and just above drummer Art Blakey. The story behind the photograph was made into an Oscar-nominated film co-produced by Jean Bach and Matthew Seig. 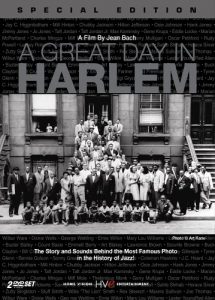 In 1998 and 1999, Farmer and his Quintet, including Ron Blake (sax), Ted Rosenthal (piano), Kenny Davis (bass) and Yoron Israel (drums), participated in Great Day In Harlem “tours” where the film was shown followed by a live performance by the Quintet. The 1998 stops were: Arvada, Colorado (Arvada Center for the Arts); Malibu, CA (Pepperdine University); San Francisco, CA (where Marian McPartland also performed); Los Angeles, CA (where Horace Silver was in the audience) and  Norfolk, VA (Virginia Arts Festival).

Agent and artistic manager Steve Shaiman, then with IMG Artists, came up with the idea to combine the film with a live performance after he viewed the film in New York City. He discussed it with Jean Bach and Art Farmer was suggested as the jazz musician to participate with his band.

Here is a brochure from one of the events: 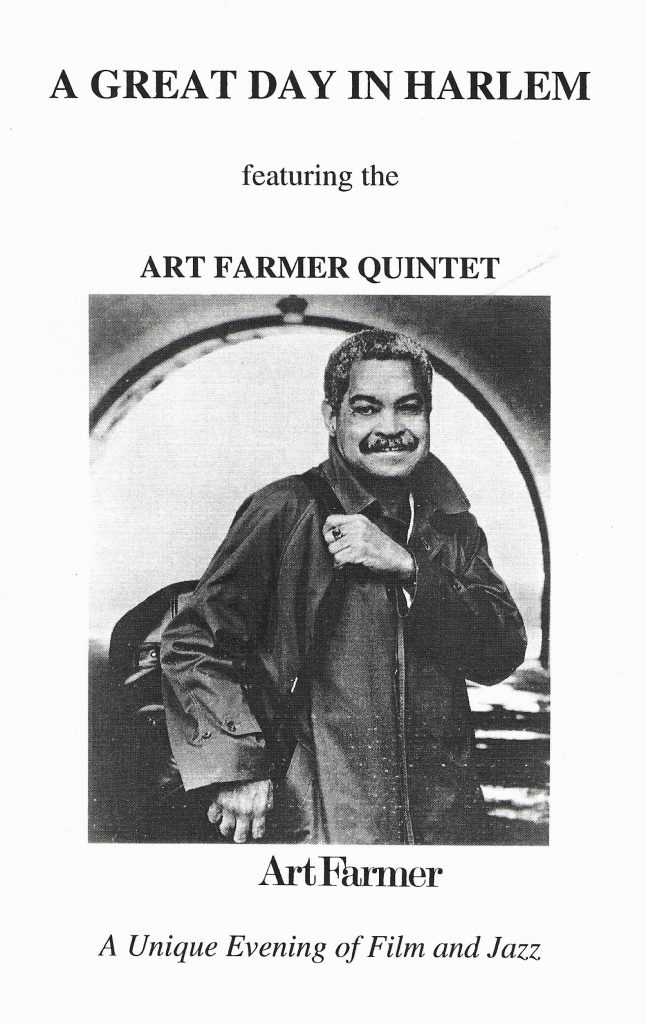 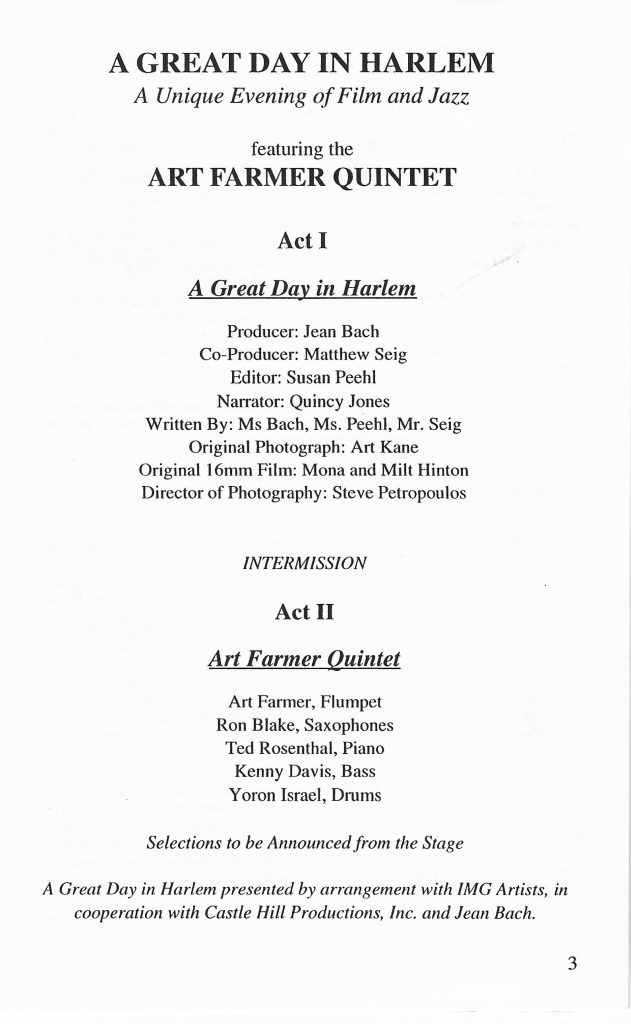